How To Quickly Deploy an Angular Application with AWS CDK

At re:Invent 2019, I saw The AWS Cloud Development Kit (CDK) and learned how it removes the pain of deploying resources to the AWS cloud. I was curious. So I decided to experiment with the CDK using TypeScript. My goal was simple: to deploy a static site on AWS. But I wanted to make it a bit more interesting by including an Angular application. I bootstrapped a vanilla Angular install any developer could use and deploy.

Why Not Use Native CloudFormation? 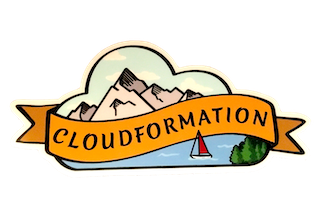 In short, there is nothing wrong with CloudFormation. But maintaining CloudFormation templates is unwieldy for small development teams. CDK for the win!

At the heart of CDK is a library of Constructs[1]. These structural building blocks represent cloud components. Constructs contain all the information needed to generate a valid CloudFormation template. Developers compose constructs to define higher level components, much like application code.

Trying It Out for Yourself

If you want test CDK for your own Angular projects,[2] I have simplified the process with a Github repo.

Using this project, you will have an Angular application hosted on S3 in an hour or two. The initial deployment takes about 30 minutes to provision AWS infrastructure.

Harvey Ramer
Harvey has been writing code for nearly twenty years. He builds web applications with React, Node.js, and MongoDB and deploys them to the cloud with CI/CD pipelines. He talks and writes about the Christian worldview, technology, startups, and how differences can become a collaborative asset.